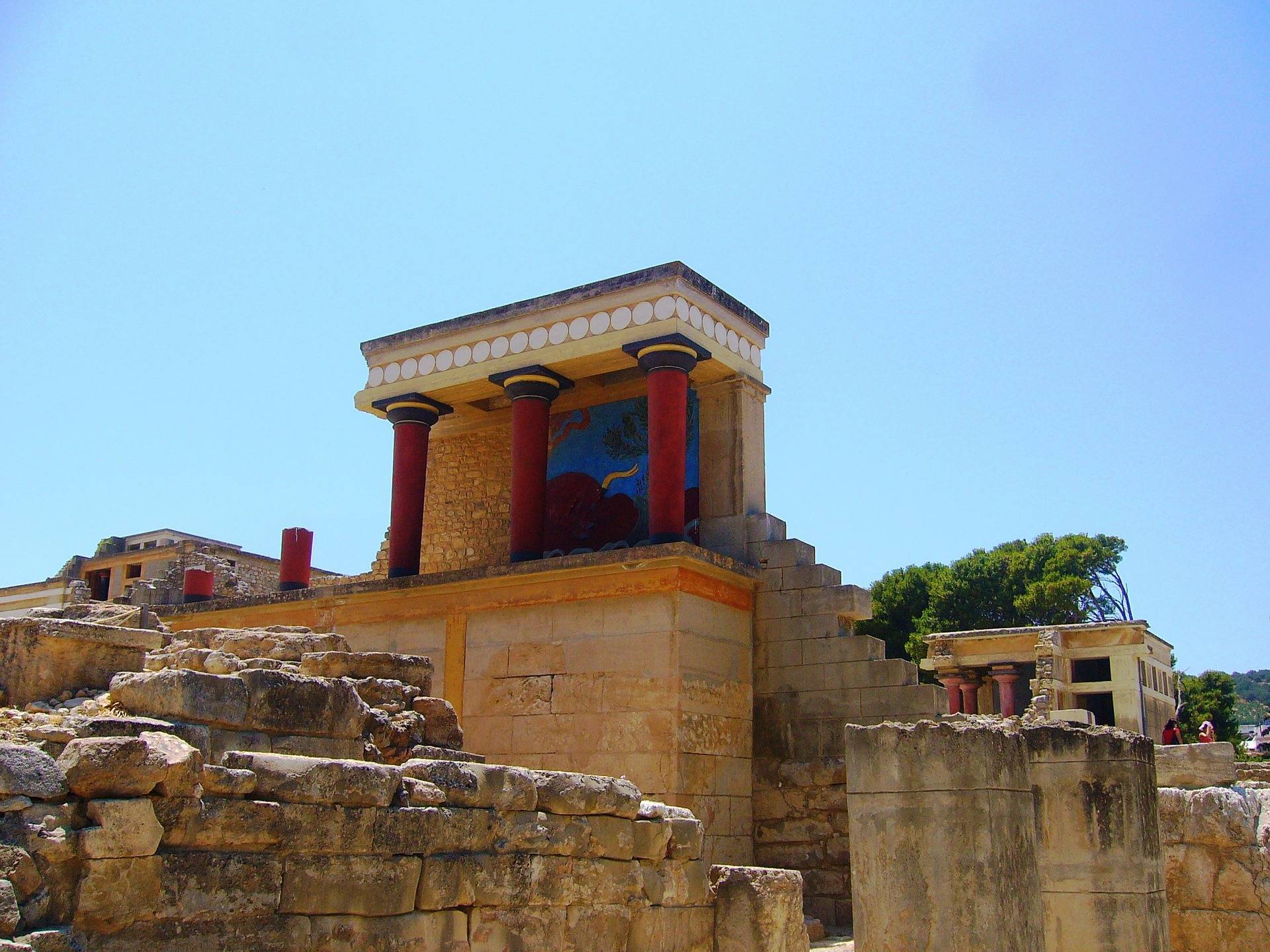 The center of Minoan civilization

The archaeological site of Knossos, the centre of Minoan civilization, is located about 5 km south of the city of Heraklion. Its history expands from the Neolithic period until the late Roman and early byzantine years. During the Minoan period it was habited intensively and palaces, luxurious houses and many other auxiliary buildings where erected.
One of the most important monuments of the site is the Palace of Knossos, the largest of the preserve Minoan palatial centres. There, according to tradition, was the seat of the legendary king Minos and the place where the Minotaur was living hidden in the Labyrinth.

Don't hesitate to contact us for any inquiries and additional information.